An Open Gate, Scattered Sheep,Scattered Dogs and a Runaway LGD 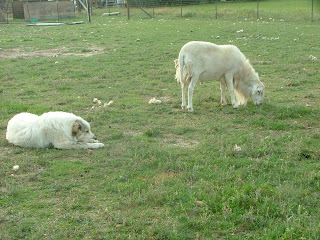 Oh My! What a day. Bless all your little hearts. Gah! Well, one must learn to close gates, hunh? Glad everything turned out OK though!