How to kill grasshoppers, and get freaked out, and still not get the grass mowed. 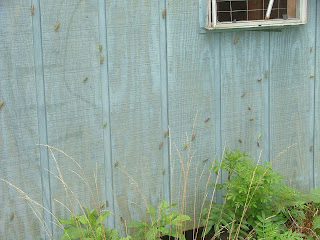