So we decided to head for the pond today. Chris, Cain and Andy know the way. Seeing as this was Bear's first trip to the pond, he kinda got mixed up as to which way to go.
Hey, the pond is the other way! 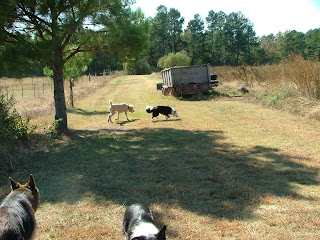 Once he found his way however, it didnt take him long to figure out why we were there. Look! Its a bird, its a plane, NO! Its Otter Dog! I guess this answered my question if he liked to swim. 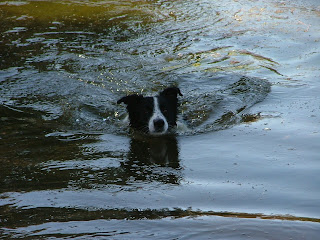 Cris on the other hand, er paw, had better things to do besides swim. She remembered the frogs the last time she was there and was looking for more. 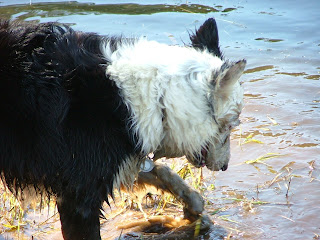 Her dire need to find a frog was bordering on the obsessive. So much so that it was starting to scare me. 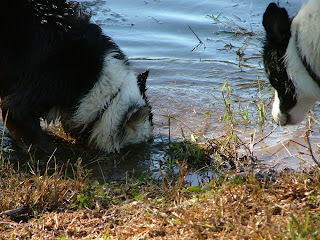 And with good reason.
OK Lady, Give me the snorkle and no one gets hurt. 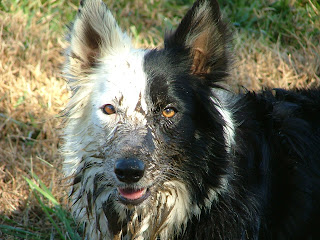 Meanwhile,Bear has been looking for the perfect stick, one of which he found and decided to parade around with it while.... 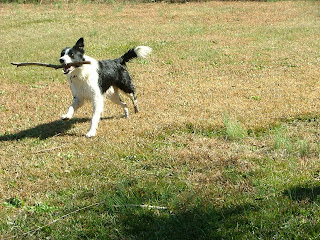 Waiting for Chris to be allowed off from her "Time Out"
Damned obsessive frog hunting dog! Well, I had to do some thing to make her stop! 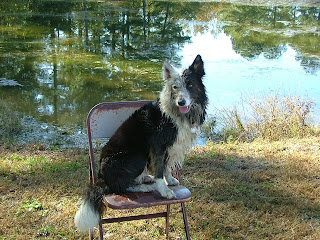 Hank said he saw something out in the woods.... 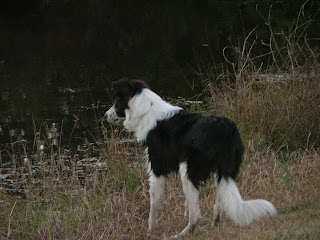 But it was only Andy. 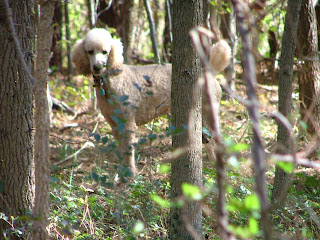 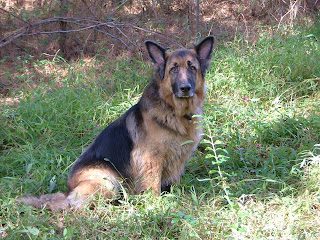 And Chris! Who seems to have not only snuck her way out of her time out, but has also stolen Bear's stick too! 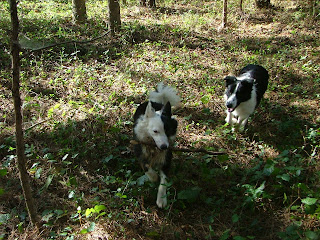 So, while Andy and Bear ran off to find Bear another stick.... 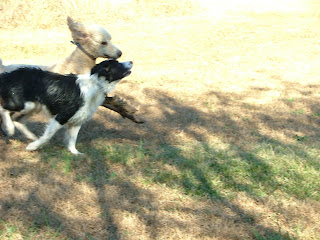 Well, I guess you'll have to check back and see....
Posted by Darci