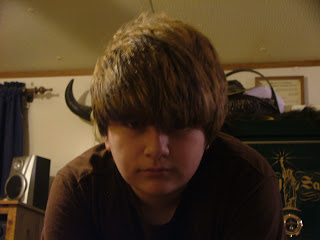 As a mother of 5 ...I applaude and appreciate your 'devious' methods!
I found myself laughing out loud several times!

Devious? Naw, not me. (she says with a sly grin)

Thanks! Tune in next week for more fun and excitment. With a teenager, 7 dogs, 2 horses and a bunch of sheep, theres never a dull moment!

This was an absolute joy to read! With a 19 year-old myself, I am so glad to see there are other evil mothers out there whose methods rival my own! I bow to you. You are the master! That was a good one! I, to, found myself laughing out loud and was completely sucked in. Very well written!

It all just played into my hands so well,I couldnt possibly have asked for it to have played out any better. I'll bet the next time we go to a movie, he will pay more attention the the sign over the door, than he does to his popcorn! LOL