Hank is a goof ball 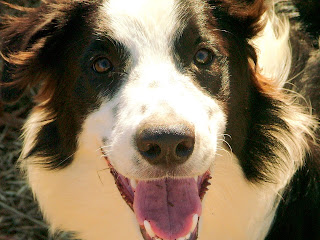 I have a term for dogs like him (and Lucy), when they are happy happy happy, and a little goofy- I call it "googly". Yep, it seems Lucy has a friend. It's a good thing- keeps it light, until the sheep are there.

Hank has been on sheep a few times. So far, he treats them as if they are bowling pins and he is the ball, straight down the middle and then in the gutter. no 200 games, but plenty of strikes! LOL He is definitly some kind of "Googly!"