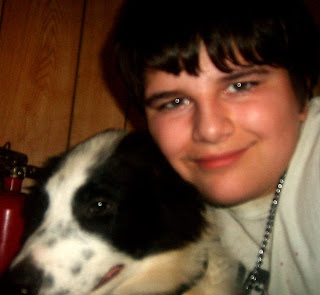 How very precious! You are such a stinker, but Kyle seems to know just how to handle you. And you thought you were in control! Quite a diplomat that boy! I can just see that smirk! As we all know, first loves are very special, but, alas, don't last and can be very heartbreaking. Tell Kyle that Grandma wishes him well.