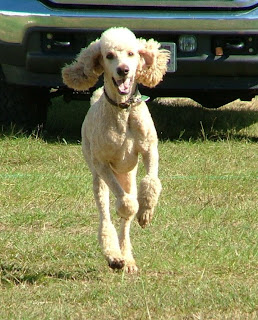 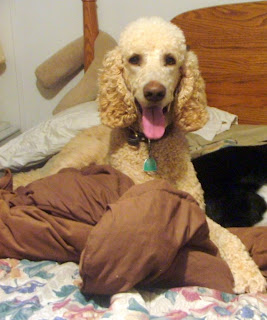 OH MY LORD. Wow. Thank goodness no one was hurt. I wonder what happened to that light? Andy deserves steak tonight. What a morning.

Dont know what happened with the light,it had been on all night, but thats not a first around here. We use it quite often as a sort of night light.Not any more! I think I will be having a difficult time sleeping tonight, Im just that spooked. DH came home and asked why didnt you throw the main switch?! I asked, why werent you home!! He will never be allowed to leave the place again! LOL I dont think I could handle another morning like this! Phew,... Im still pretty shook up.

Me too! It was scary! Ive been flinching all day every time some one turns on or off a light or appliance. These old trailers......

Holy cow, Darci! Thank doG you're okay and you still have a house (even if it is covered in snow--how did you clean that up anyway?). Well, we should thank Andy, I guess!

Well,the clean up has been a chore, that stuff just flys and then settles all over everything. What a mess! I tried vaccuming it first but found there was still residue, so ended up just using a bucket of warm soapy water and a damp rag. Thats been working pretty good, but Im still finding the stuff in places I never would have thought it would be! Andy has had to put his hero worship on hold till I get this place put back together again, but he is a humble hero and doesnt seem to be tweeked about it. Tonight however, I wasnt quite ready to cook in the kitchen, so he was treated to a heros supper and a whopping full doggie bag from the steak house...to bad he had to share, but Im glad dogs cant count, cause he got the most! LOL

God loves you my sweet girl! The proof "is in the pudding". HE gave you the knowledge and strength to handle the situation calmly (even though you were shaking) and stayed with you through it all. Yes, indeed, thank God no one was hurt, but mostly thanks to your quick thinking and action. I'm proud of you sugar and I love you bunches.

Aw Mom, you know I do my best work under pressure! LOL
XOXO
PS.Dont forget to give Andy a little credit where credit is due!

OOOOOPS! Forgive an old lady Andy. I forgot to give you the cyber pat on the head and an "atta boy" for trying to alert your mommy to the danger that was about to pop-up! You did good Andy!

Does anyone else think it is extremely cool that Darci's mom is chiming in? :)))

LOL Julie! Im amazed that she has too. I knew she read it, but I think its kinda cool thats she is now commenting too, May be an ET phone home sign. LOL But even so, I think I'll keep my comments on moderate, ya never know what secrets of mine she may tell! LOL!

Well, obviously my previous message fell by the wayside and didn't make it to the blog. It was simple. Just said I was pleased to be acknowledged by your friends and was only logging in for support not for any other reason. Not to criticize or repremand. I just love reading your "short stories". You write a good blog. Oh, and a shout-out to Sheepkelpie (whatever that means!)