New Tunes Yea! And Some Other Stuff 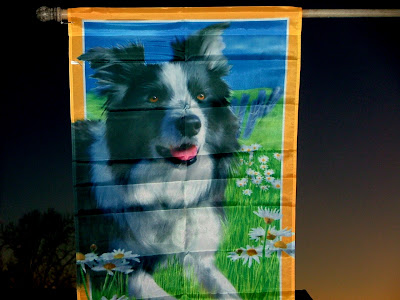 Well, per as promised for Christmas, my daughter gave me a 30 dollar gift certificate for iTunes music. Laura's BF saved me from having to buy some music, as when they brought Jack back home, they gave me a CD of Atlantis Morriset that had some great music on it, and I promptly down loaded that to my iPod. Thanks you guys! I'm diggin' it!
So what did I get?? Hmmmm, lets see. I started out replacing some music I had on my old computer that I haven't been able to get onto my new one, so I got me some Big and Rich, Save a Horse Ride a Cowboy! And a few others of theirs off their Commin'to your city album, and some Don Mclean, American Pie and Vincent.Ive always loved those songs. Ummm, I loaded up on Bad Haggis, a neat Celtic folk/rock band. Some more Wicked Tinkers, another Celtic rock group who's drummer is to die for, er...I mean their drum solos are great. Aerosmith's Pink, Don't wanna miss a thing. A few more, and don't laugh, John Denver songs. I needed them to listen to so I could figure them out cord wise on my guitar, yes, I play. I have an Ovation electric Acoustic. Been playing since I was 12 years old or so. Wanna hear some thing funny? I played a uke even earlier! LOL. Cant read a lick of music, and many a good teacher have tried, but I play by ear, that's my excuse for having to load JD music and that's my story and I'm stickin' to it!
Anyway, I LOVE Stevie Ray Vaughn, and all I have of his music is still on cassette ( I'm sooo still in the dark ages... I know) so I loaded a good bit of his stuff, if you've never listened to Stevie Ray, check it out, I highly recommend him if you like Texas R&B. I especially recommend Tin Pan Alley. And I got the Eagles Hell Freezes Over album. I'm sure I left a few out, but I sure am enjoying the new tunes. I forgot to pick up some batteries tonight for it, but I have a little doohickey that I can hook up to my truck stereo and play my iPod music over my stereo system. That! Will be nice to be able to do. Anyway, that's it on the tunes update. My daughter knows what I like, and I like music, and I thought it was a really thoughtful gift. Another really cool thing I got from a friend of mine for Christmas (who obviously also knows what I like) is the flag at the top of this post. Last year for my birthday, she gave me a flag and the pole to hang big flags on and she has been making sure I have a flag for every season every since. I don't know where she found this flag, but Ive looked at and for nice Border Collie flags before, and I never saw this one. I like it, its a very good depiction of a NOT Barbie Collie! LOL Note the pricked ears with the one slightly bent. I was just tickled to death when I opened that. She also gave me a very nice piece of pottery, I like to collect pottery, and this is a nice piece. It even came with a holder to display it on. Anyway, the agenda for tomorrow is lessons with Robin at Julie's farm for me and Bear and Chris. Gonna see if I can get Robin to help pin point any certain things we should work on at the Jack Knox clinic with Bear that I will be going to on the 16th thru the 18th. Though ultimately,it will be up to Jack, as to what he thinks we should work on, but we'll see what our trainer thinks too as I value her opinion as well. I'll bring my camera and hope to get some nice shots tomorrow. Right now, its time to get some laundry in the dryer or I'll be showing up for lessons in the nude, and I don't think that would earn me any discounts! More Later....Chow Baby!
Posted by Darci

You collect Pottery too?!?! You live near the pottery capital of the world (in my humble opinion) Seagrove, NC! I miss it sooooo much! I miss NC - I want to go home! *sigh*

Okay, now that I am done whining. I love the flag!

Great taste in music! Have you ever listened to Eileen Ivers?

Girl, you show up nude and it's double! LOL!

Yes, I love pottery. Old, new, cracked, its all good. Ive heard that Seagrove has the best shops to get some really nice stuff at, but hadnt made it that way yet.
I havent heard Eileen Ivers, but I'll check her out. Im always open to new stuff. I love my new flag too!


Robin! Rotflmao!!! You a funny gal! Thanks again for the cap! I love it! And for the dogs desert, I made Chris and Bear share their cookies, they didnt last long! Lex said she wants the recipe. Great day today, thanks again for everything!

I be working on it, theres just so much to tell! LOL