Rain sucks too. But on a lighter note.... 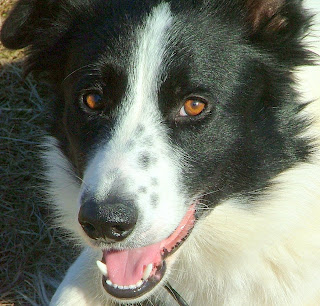 Rain? We have had snow/ice. Can't work sheep because the crust cuts the dogs feet. Stink-O.

As for the clinic, bring layers, and an umbrella, and towels, and maybe even some sterno to keep you warm.

I agree, I am about ready to get the heck out of dodge myself...

Don't forget the biscuits! LOL! If it's raining, I'l try to set up a canopy, but it's missing a leg, so I'll have to go get a leg first. But we're going to think positive and plan on sun, sun, and more sun!

BTW, no need to bring Jack any tokens. Trust me, he has seen and dealt with much worse problems than the one Chris presented last year.

P.S. If you simply must bring anyone anything, chocolate will do very nicely, thanks....

Ah! An unbrella! Thats not on my list! Well,it is now, Thanks for that one New York Julie. It has been duly noted and gratefully appreciated.


I wont forget the biscuits Julie, ( NC Julie) they will be under my Umbrella! LOL
Oh, and that Chocolate suggestion?? You do realize its and hour and a half drive from here to there? Do you really think I could be trusted with chocolate in my truck with me, myself and I for an hour and a half drive before breakfast?
Still maybe you guys can smell the wrappers. LOL

PS> New mantra for the weekend.
Rain, rain, go away come again when Jack cant come out and play.

PS: you can tie the missing leg part of the canopy to a fence post-we did that once...

Course, at our last clinic, we almost lost a participant due to the winds- easy ups fly well, and come down HARD!